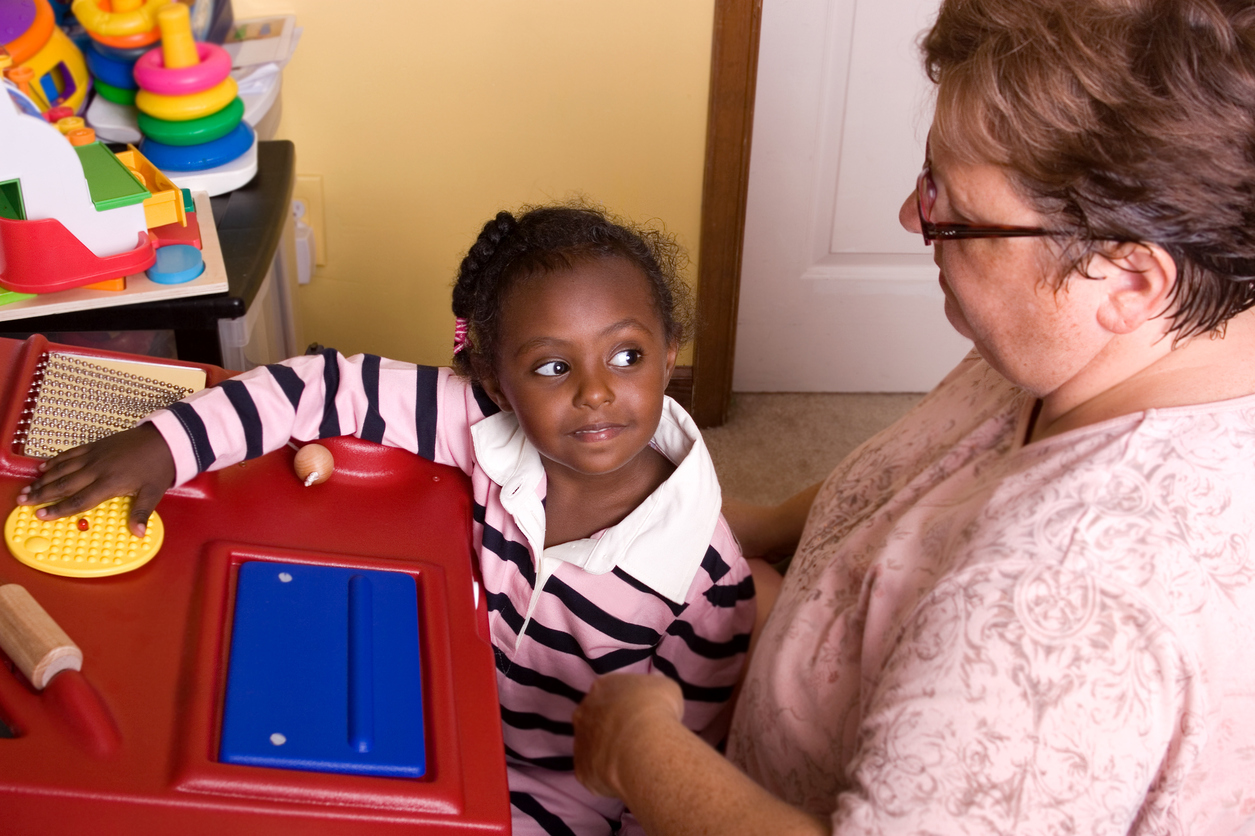 Like many others, my entrance into the world of autism was unexpected.  I remember talking to my pediatrician about my son’s developmental milestones and more specifically, his speech development.

I was told to wait another six months.

I waited and then I approached the subject again.  This time, he referred us to an ENT.  We went to that doctor and there was indeed a hearing issue, which could be corrected with surgery and then we should begin getting more speech.  We went ahead with the surgery, but he didn’t start talking more, and by then, I was at the end of my pregnancy with my second child.

The professionals informed us that he was not showing characteristics of a child with autism.  We went back to the ENT and she ordered further testing on his hearing, which ended up being normal thanks to the surgery.

The Long and Winding Road

After doing some research, I learned about Treasure Coast Early Steps.  I arranged for an evaluation and my son began receiving speech therapy and occupational therapy.  After this, we received a diagnosis of Pervasive Developmental Disorder (PDD).  It was not until we went to our transition meeting with the school district – after they completed more testing – that we heard the word autism.

At this point, my son was about to turn three. I first mentioned my concerns to our pediatrician when he was 18 months old.  I returned to that pediatrician, who then referred us to a neurologist, who again said he did not see autism.

Eventually, I was led to a psychologist who completed six hours of testing.  When she briefed us with her professional thoughts about our son, she asked about seizures.  We replied that there was no history of seizures.  However, she believed she had witnessed some petit mal seizures during the testing.

We started thinking about what she described and realized we had seen the staring off into space and the unresponsiveness, but we did not know that those were seizures.  She was reluctant to give an autism diagnosis as the seizures could be affecting his language development.

We went back to the neurologist, and he agreed that our child was indeed having petit mal seizures. He gave us hope that his speech would develop more when he received medication and his brain stopped being interrupted by the frequent silent seizures.

It did not happen.

We decided to go to Miami Children’s Hospital’s Dan Marino Center.  There, we finally received an autism diagnosis.

We finally got an official diagnosis of what we knew all along, but no one recommend ABA therapy – Applied Behavior Analysis – as he was not having tantrums or maladaptive behaviors.  These experts never told us about ABA’s ability to work on acquisition skills.  It wasn’t even on my radar as a mental health professional until I began my doctoral studies and I saw that there was a specialty in ABA therapy that was offered as an elective.  I knew that despite not dealing with any behaviors now, we may in the future.  That is when my eyes opened on what we had been missing out on in Ethan’s treatment.  Right then and there, I made a commitment that I would do everything I could so that other parents did not have to miss out on crucial interventions that could make life-changing differences.

Unfortunately, what happened to my family was not uncommon.  Don’t get me wrong: We adore our pediatrician. He attended the births of both of our children and he and his family feel like an extension of our family.  He has been an awesome doctor, referring us to the best specialists.   But during that time, the standard of care was to wait and then refer for hearing checks.  My inner voice as a mother told me something was wrong, and in retrospect, I should have insisted that we get a hearing test immediately instead of just waiting.

A study published in the Journal of Pediatrics in September 2020 stated that African-American children were diagnosed an average of three years after parents expressed their first concern.  We got our diagnosis two-and-a-half years later. We lost valuable time for autism interventions during that time. This upsets me that so many families have to wait for a diagnosis and then have to wait for services to become available.

As a licensed mental health counselor (LMHC), my goal is to help parents navigate those initial emotions of a new diagnosis by providing parent trainings, support groups on the Treasure Coast( Fort Pierce, Port Saint Lucie, Stuart) and in Okeechobee. Parents need to know that they are not alone, and there is an entire community that is available to offer support.

I’m a board certified behavior analyst and I provide evidenced-based autism interventions to help children reach their full potential. The parent training we offer is helpful in continuing behavior interventions outside the office and promotes generalization of newly acquired skills.  Sign up for updates and future blog posts below. Also, like us on Facebook. Caring Hearts of the Treasure Coast.  Leave a comment and share your experience we would love to hear from you.